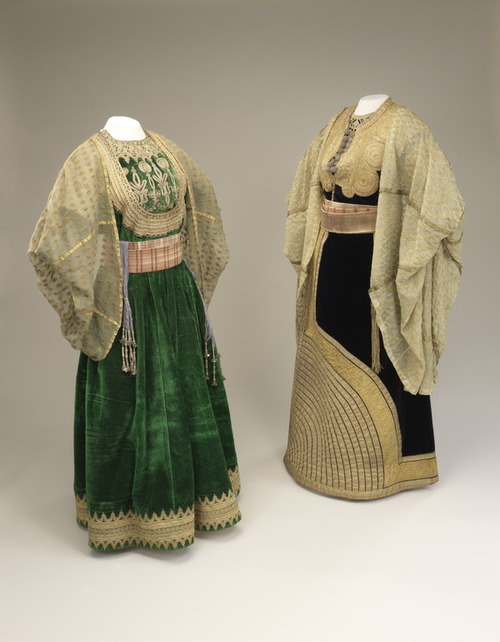 ‘There was the ‘great dress’ worn as a bridal and festive dress by urban Spanish-Jewish women (descendants of the Jews expelled from Spain in 1492) in Morocco. This sumptuous outfit, made of metallic thread embroidered on velvet, was strikingly different from the local Muslim costumes. It strongly resembled Spanish costumes of the sixteenth century and preserved many of their stylistic traits. In Morocco, this dress became an identity mark of urban Spanish Jews vis-a-vis the local rural Jews, and it was one of the symbols of the preservation of Spanish h eritage, which was a source of pride to this group. …Within Morocco, there were also variations on this dress, each belonging to a certain town, for example, Fez, Rabat, and Mogador.’ (source)