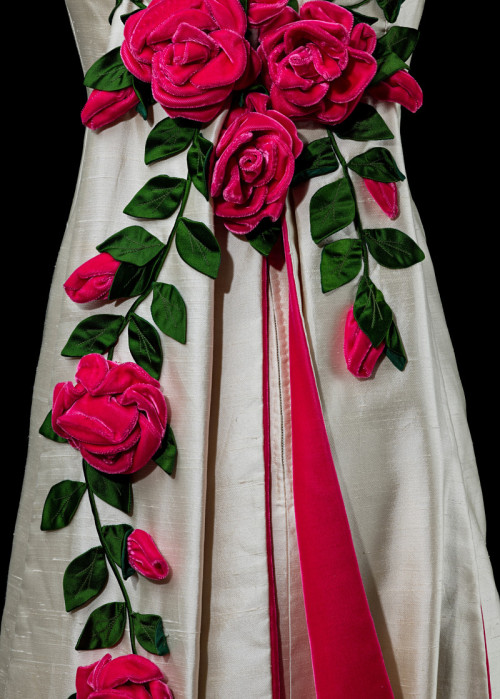 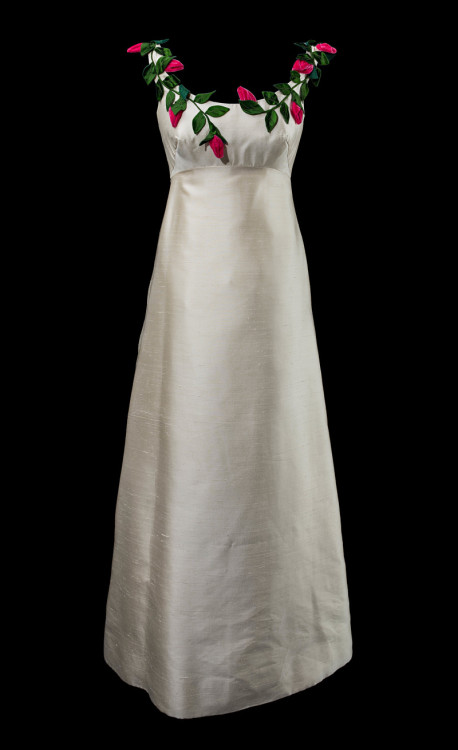 “The quality of this dress? Unbelievable,” said curator Nancy Davis. “All the seams are lined with lace. There’s an amazingly complex interior structure that the dress is built around—the slip and bra are built in. According to Polly Duxbury, the fit is absolutely glorious—it’s like your skin. The slip has tulle along the hem, which gives it shape. This kind of really detailed, really high-end work is very time-intensive.”

Looking at the interior of the dress, one can better understand why Lowe was so sought-after, and why she struggled financially. “Everything is so perfect—and she didn’t charge enough for the cost of the fabrics or the handwork that went into them,” Davis said. “Sewing was her lifeblood. It was her gift, but also her being. She just wanted to sew. She just wanted to make beautiful dresses that gave her clients joy.” Indeed, Lowe told a reporter for the Saturday Evening Post in 1964, “I like for my dresses to be admired. I like to hear about it—the oohs and ahs as they come into the ballroom. Like when someone tells me, ‘the Ann Lowe dresses were doing all the dancing at the cotillion last night.’ That’s what I like to hear.” (National Museum of American History Blog)

Ann Cole Lowe (December 14, 1898 – February 25, 1981) was an American fashion designer and the first African American to become a noted fashion designer. Lowe’s one-of-a-kind designs were a favorite among high society matrons from the 1920s to the 1960s. She was best known for designing the ivory silk taffeta wedding dress worn by Jacqueline Bouvier when she married John F. Kennedy in 1953.