Costumes from  the Angolan film “Nzinga, Queen of Angola”… 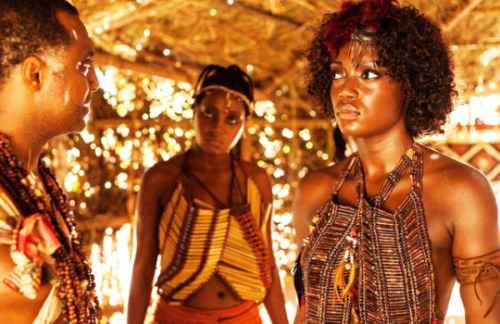 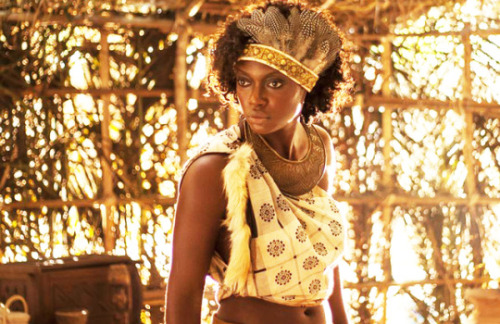 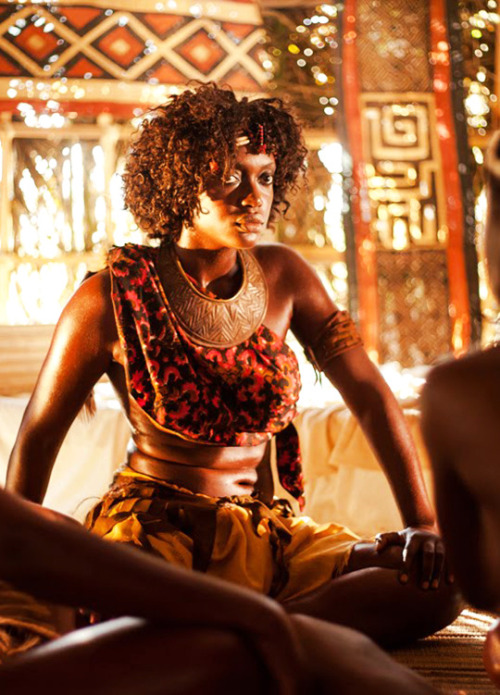 Costumes from  the Angolan film “Nzinga, Queen of Angola” (2013)

Queen Nzingha (1583-1663) was a 17th-century queen of the Ndongo and Matamba Kingdoms of the Mbundu people in what is known as Angola today. Born into the ruling family of Ndongo, Nzinga demonstrated an aptitude for defusing political crises in her capacity as ambassador to the Portuguese, and later assumed power over the kingdoms after the death of her brother. She ruled during a period of rapid growth in the African slave trade. Her reign lasted 37 years.

Nzinga fought for the freedom and stature of her kingdoms against the Portuguese, who were concentrating their efforts towards South West Africa, in attempts to control the slave trade. Today, she is remembered in Angola for her intelligence, her political and diplomatic wisdom, as well as her brilliant military tactics. A major street in Luanda is named after her, and in 2002 a statue of her in Largo do Kinaxixi, Luanda, Angola was dedicated by then-President Santos to celebrate the 27th anniversary of independence.

^ Hand colored lithograph of the woman known as ‘Queen Ginga’ in Portugal. Her name was Nzinga Mbande, although her name when converting to Christianity was ‘Ana de Sousa’. Drawing from the collection of the National Portrait Gallery in London.

According to legend, she was named Njinga because her umbilical cord was wrapped around her neck (the Kimbundu verb kujinga means to twist or turn). It is said to be an indication that the person who had this characteristic would grow to become a powerful and proud person. According to her recollections later in life, she was greatly favoured by her father, who allowed her to witness as he governed his kingdom, and who carried her with him to war. She attended strategic war meetings and other governance affairs with her father. She was trained as a warrior to fight alongside her father and was taught to read and write in Portuguese by visiting Portuguese missionaries.

Njinga’s story is fascinating. One fact that caught my eye is that Nzinga was never able to give a credible reason for a woman to rule and she was clearly aware that being female reduced her legitimacy in the eyes of even her supporters. As a result, Nzinga adopted a more radical method of overcoming the “illegitimacy of her sex.” At some point in the 1640s, Nzinga decided to ‘become a man’, which is actually a practice many female rulers in central and western Africa used to maintain their power. Njinga reinforced this maleness by engaging in masculine pursuits. She led her troops personally in battle, and she was quite deft in the use of arms herself. It allowed her to also have multiple husbands. Nzinga required these husbands, who were known as chibados, to dress in women’s clothes and to sleep among her maids in waiting; should they touch these maids sexually though, they would be instantly killed.

Today, she is remembered in Angola as the Mother of Angola, the fighter of negotiations, and the protector of her people. She is still honored throughout Africa as a remarkable leader and woman, for her political and diplomatic acumen, as well as her brilliant military tactics.

Despite her struggles to rule despite her sex, Njina’s female successors faced little problem in being accepted as rulers. The clever use of her gender and her political understandings helped lay a foundation for future leaders of Ndongo today. In the period of 104 years that followed Njinga’s death in 1663, queens ruled for at least eighty of them. Women in Angola today display remarkable social independence and are found in the country’s army, police force, government, and public and private economic sectors.