Conveying a wicker container of nachos, the New Jersey representative was found on video standing up to a Chicago Cubs fan amid Sunday’s amusement against the Milwaukee Brewers.

The video circling on Twitter demonstrated Christie hanging over to about get in the man’s face at Miller Park, holding the request of nachos in his left hand.

“You’re a big cheese,” Christie says before strolling down the stairs. It was not realized what caused the tiff.

Christie was boisterously booed on July 18 at Citi Field in New York in the wake of catching a foul ball amid an amusement between the St. Louis Cardinals and Mets.

A month ago, Christie likewise quarreled with a constituent who called into the games radio demonstrate that the representative was visitor facilitating.

Christie was in Milwaukee this end of the week to watch the Brewers and Cubs, and was at Friday night’s arrangement opener. His child, Andrew, works in the Brewers’ baseball operations office.

On Thursday, Christie said open clamor over his choice to relax with his family on an open shoreline that was shut amid New Jersey’s administration shutdown “disturb” his kids more than whatever else since he’s been in office.

Christie was captured over the Fourth of July end of the week by NJ.com at Island Beach State Park, where the state gives a late spring home to the representative. Christie requested the shutdown of unimportant state government, including state shorelines and parks, in the midst of a spending impasse. 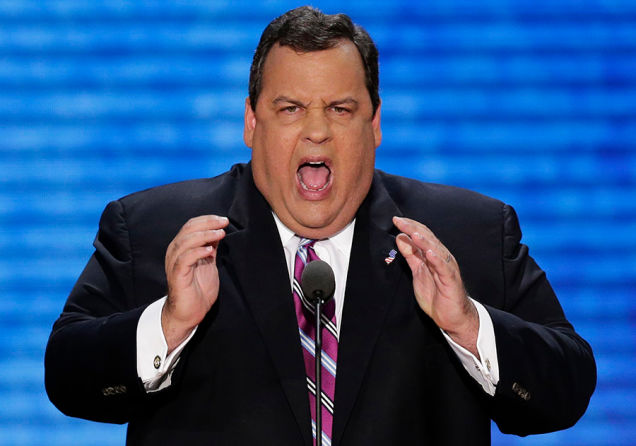