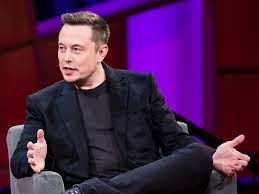 Nikola Tesla (the famous Serbian-American inventor ) was indeed the inspiration for the electric-car maker’s name. He lived and died in very different circumstances than Tesla’s Chief Executive Elon Musk, however.
Tesla: Tesla the scientist died penniless in a hotel room in Manhattan, but was obsessed with feeding and befriending pigeons.

Musk: Forbes magazine estimates Musk’s fortune around $13 billion — so chances are he will not end up penniless.

Tesla: He was childless and a bachelor.

Musk: He has five children and has been married three times.

Tesla: During his last days at the hotel in New York, Tesla wanted everything to be divisible by three — including napkins and slices of bread.

Musk: Musk may want to colonize Mars, but he is not known for having a penchant for one number over another.